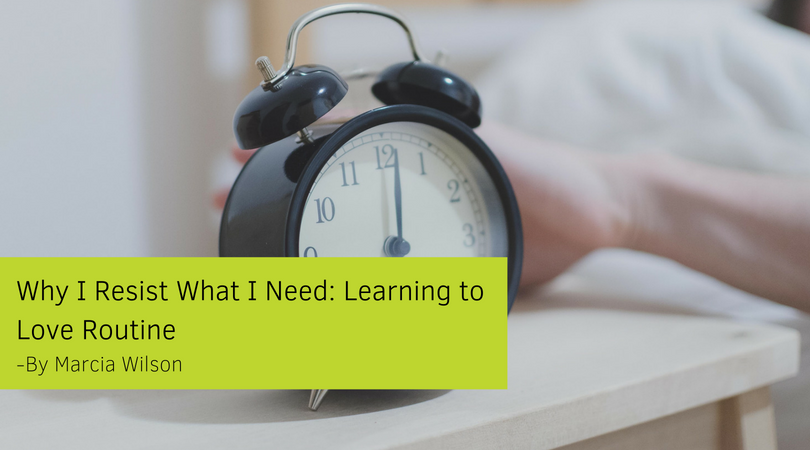 Routine. “A sequence of actions regularly followed; a fixed program.”*  Or as I would have defined it in the past:  “A lack of freedom that follows commitment.”

Is this you? Do you love change and the ability to go with the flow? Is your desire to explore and seek out novelty stronger than your ability to commit to one thing? What’s your relationship with routine?

Me- I’ve always resisted routine. With the exception of gathering with friends and family for fun and sharing, I am hard pressed to commit.  In other words, unless someone else is part of the process, I am not likely to sign up for a series of classes, show up every Monday at the gym, or commit to a monthly book club.  In the name of freedom, I have resisted routine. 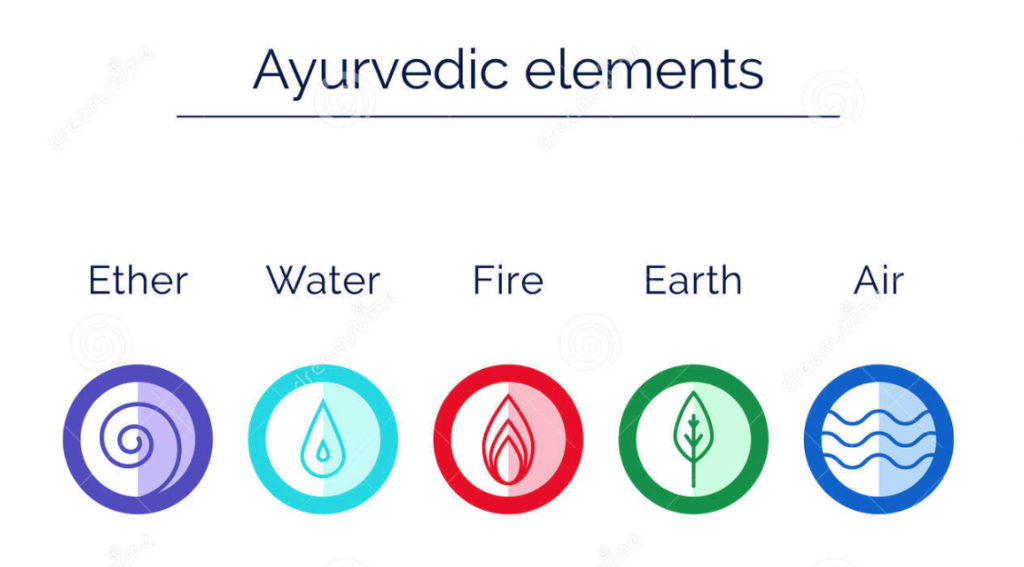 In Ayurveda the element of air reflects movement, change, creativity and diversity. Although I have a degree of fiery nature (see my post Dancing with Fire), I am more than anything dominated by the elements of air and space, the dosha known as Vata. Those of us who are more air element than earth element naturally gravitate to a lack of routine- constant change, movement and acting on impulse is how we naturally tend to create our lives. 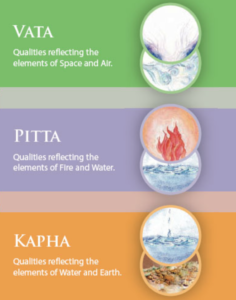 driven and fiery like hot yoga and challenges. People who are earthy and calm like steadiness and stillness. And people who are creative and chatty like change and movement. We have natural tendencies to be a certain way and we step more often than not in that direction.

At the same time, we learn that in Ayurveda the concept of disease is rooted in careless choices and living out of rhythm.  When we ignore our natural tendencies to do too much of what already dominates our way of being, we create imbalance. And too much of one thing day-in and day-out shifts us into dis-ease.

My studies in health coaching have taught me that balance is created by moving in directions that we often resist. In the world of Ayurveda this means we need to do things that counteract our natural instinct to become MORE airy, more fiery, more earthy. In my case,  health and well-being is most likely to come through steady, consistent, slow, and trustworthy practices. For people like me who have an excess of air energy and are Vata dominant, routine is our best bet.

The Challenge of Creating Routine 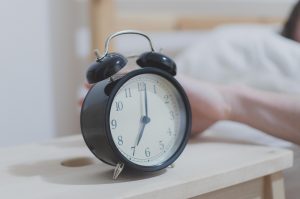 Creating routine can be tricky. Changing behavior – initiating new ways of doing things – can be hard to implement and even harder to sustain.

Luckily for me, my studies with my teacher Cate Stillman have been infused with learning about healthy self care routines AND habit changing tools that help me implement and sustain these rhythms.  Day-by-day I have shifted towards health-supporting habits that are in rhythm with the natural world around me. They have become a base of support for my work, my relationships and my home life. These daily routine habits- called Dinacharya in Ayurveda- have shifted me into an early-rising, routine-loving, clear-thinking fan.

When Routine Falls Away

But what happens when life takes a turn- when we lose the simplicity of being at home or having control over our environment and the people we interact with each day?

Contrast is one of my greatest teachers. Usually contrast teaches me when something is NOT working-  the ice cream I had at the music festival has aggravated my lungs, or that late night work-binge is the root of my foggy thinking. But I recently learned that contrast is also a way for me to see when I have evolved and haven’t recognized that I deserve some kudos.

Case in point: five days of intense family work with my ex and my children resulted in the successful transition of my son to university in another city and my daughter to Rotary Youth Exchange in another country. An instant double empty nest. It was five days of packing, travel, and eating on the run with only a hint of the routine and rhythm that usually structures my day.  Five days of depletion and I was exhausted.

But when I returned home, rather than chastising myself for falling away from my habits, I had a big recognition:  my routine was right there, waiting for me. Arriving home at dinner time I prepared my meal, resisted the urge to catch 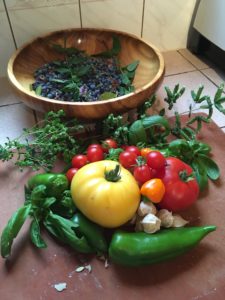 up on email, and instead went to bed early. I stepped right back into my “early to bed, early to rise” routine.  And I realized that in spite of my Vata nature I HAD transitioned into someone who is committed and can live in routine. I had maneuvered my way around my resistance. I had become someone who not only had a routine- I was craving it.

When Resistance Falls Away

Resistance is ubiquitous.  Steven Pressfield’s book The War of Art is dedicated to “resistance” as it affects creative endeavors. In acknowledgement of the power of the force, Pressfield even capitalizes the word Resistance to emphasize its power.

In the realm self care we can view resistance through many lenses- self love, boundaries, goal setting and even martyrdom.  We can analyze and assess and criticize.

Or we can start small and make one small change.  And then another. And when we see that resistance has fallen away, that a day-by-day 1% at a time improvement has allowed resistance to fall away- there is but one thing to do:  a big congratulatory high five.  Because freedom really does come from commitment.

1. Find a friend! I now have 4 accountability partners who support me in my evolution in four different areas: learning, financial health, writing, and personal health.  Each relationship has its own structure- when we meet, how we converse, and how we hold each other accountable. Each one requires a degree of commitment. And each one is infinitely valuable.

2. Start small! David Allen of “Getting Things Done” teaches us how to start with the smallest “next action”.  If we can’t get moving on a goal, the action we are resisting may be too big. Start small- very, very small- so that it is nearly impossible to resist the next step.  Losing 10 pounds by becoming a whole-foods eating vegetarian- daunting. Adding one serving of vegetables into your daily intake- not so much so. In Yoga Health Coaching we call this approach Kaizen- and it works.

3. Stop debating! Wondering if you should do that workout? Having a long conversation with yourself about the pros and cons of your morning gym commitment?  If you are debating yourself, close off the chatter and just do it.  It is that simple. Recognize the impulse to move ahead, name the negative chatter as resistance, and DO IT ANYWAYS.

As Pressfield says: “Most of us have two lives.  The life we live, and the unlived life within us. Between the two stands Resistance.”  (the War of Art).   For those of us who need routine, the path around resistance is almost indiscernible.  But if we take tiny steps and navigate around the chatter, we may just find ourselves in a surprising state of evolution and ease. 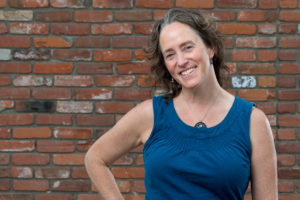 Coach in Kamloops, BC. A life-long learner, she’s navigated career changes, motherhood, health issues and marital breakdown with increasingly refined skills gleaned from the world of yoga and ayurveda. Her current passion? Supporting others on their journey of evolution by sharing the simple self care practices that have shifted her into a consistent space of clear energy and deep connection.

Find more of her writing on the Yoga Health Coaching Blog.